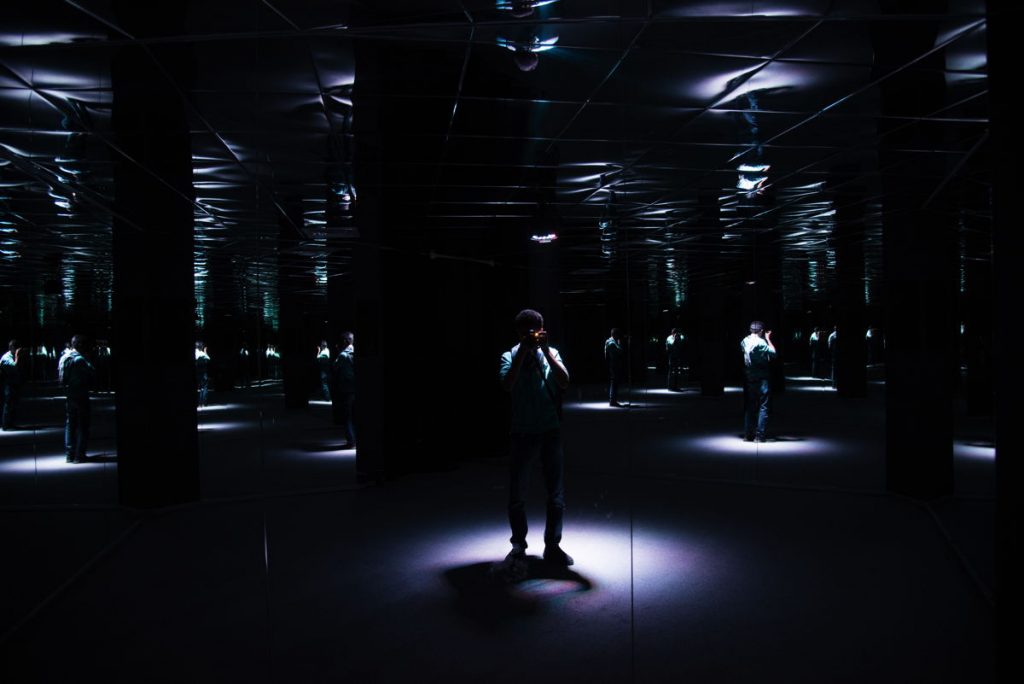 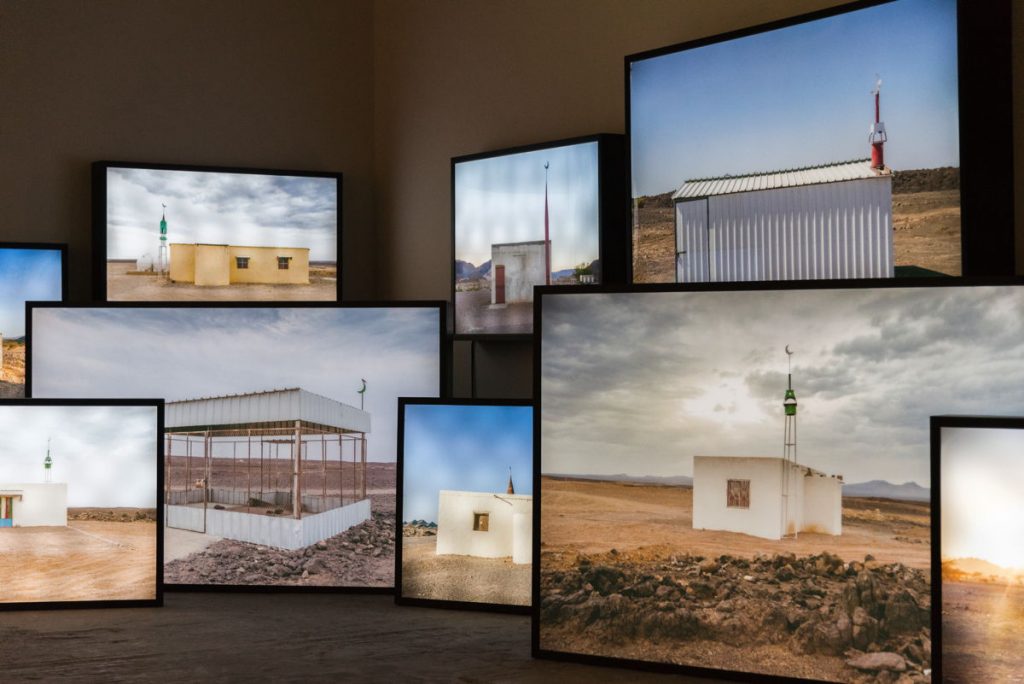 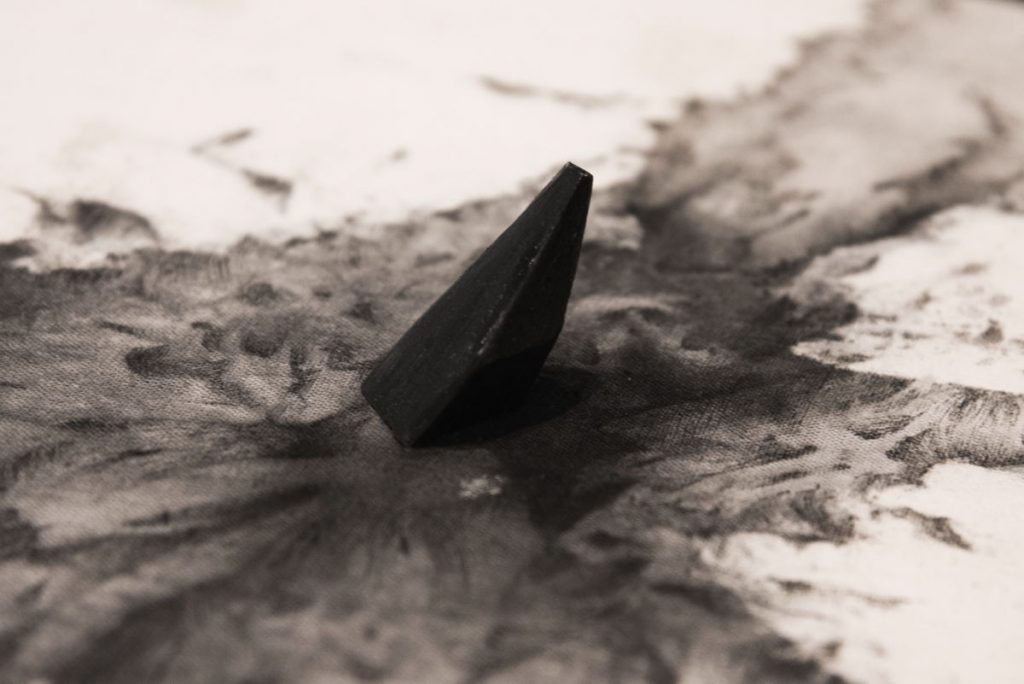 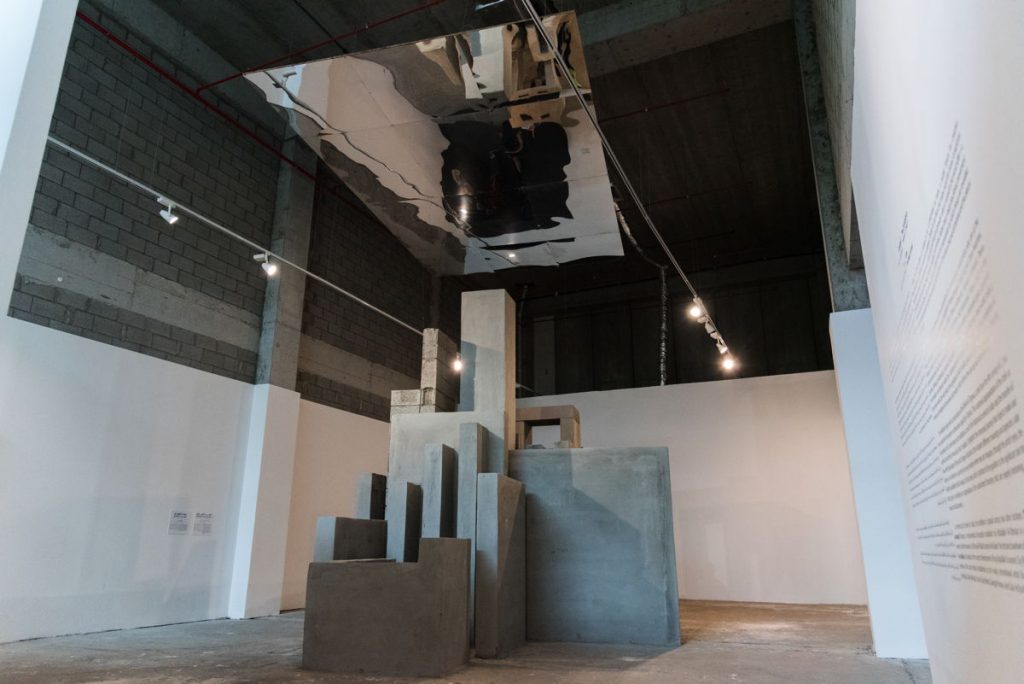 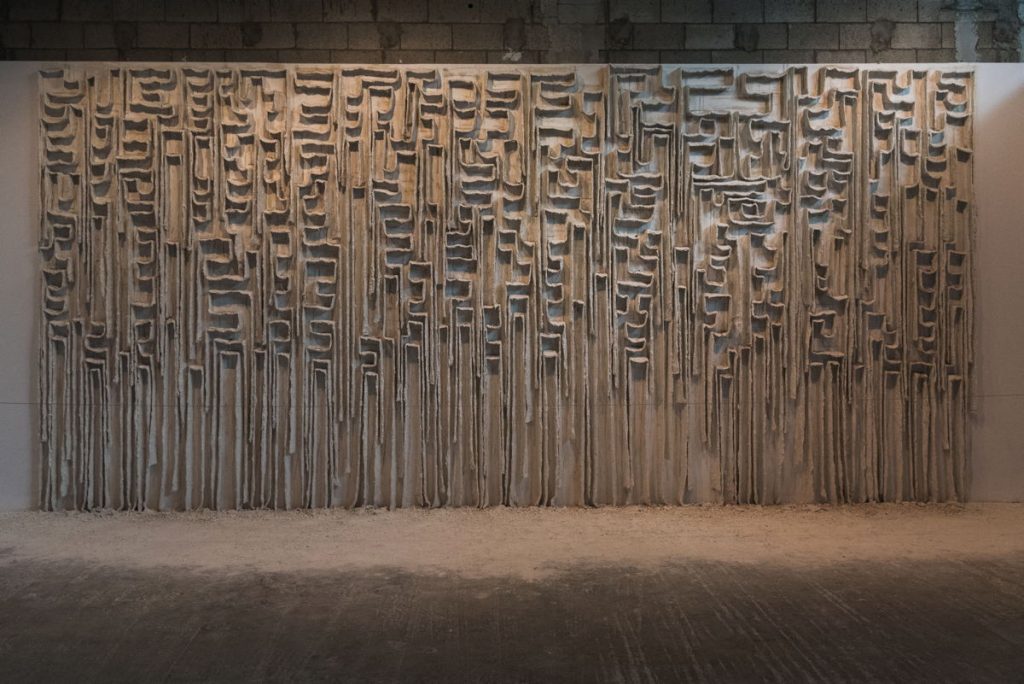 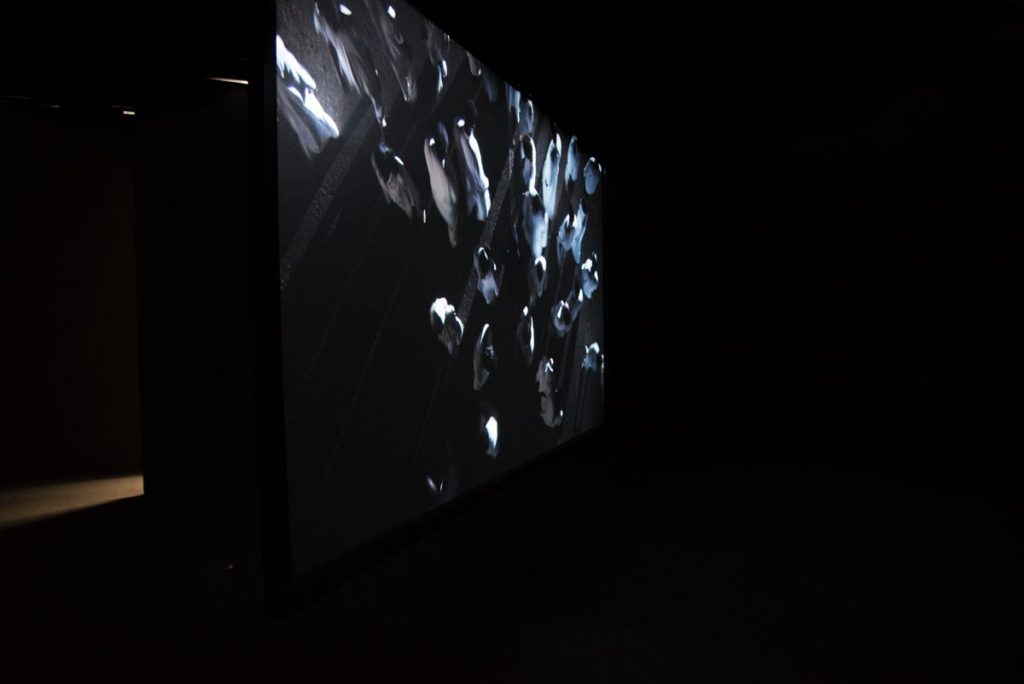 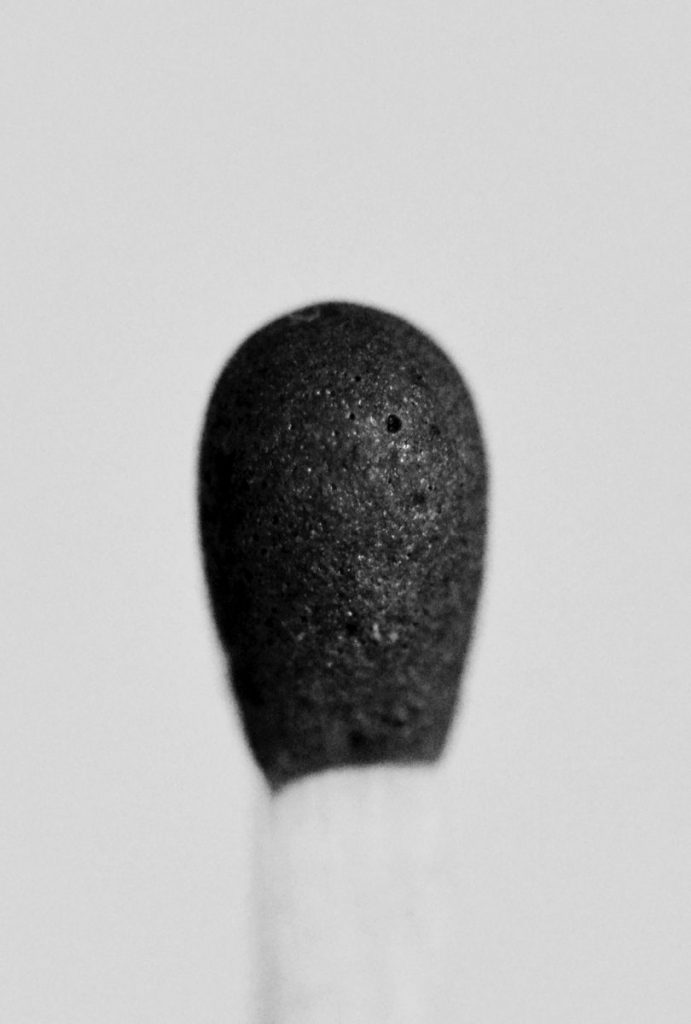 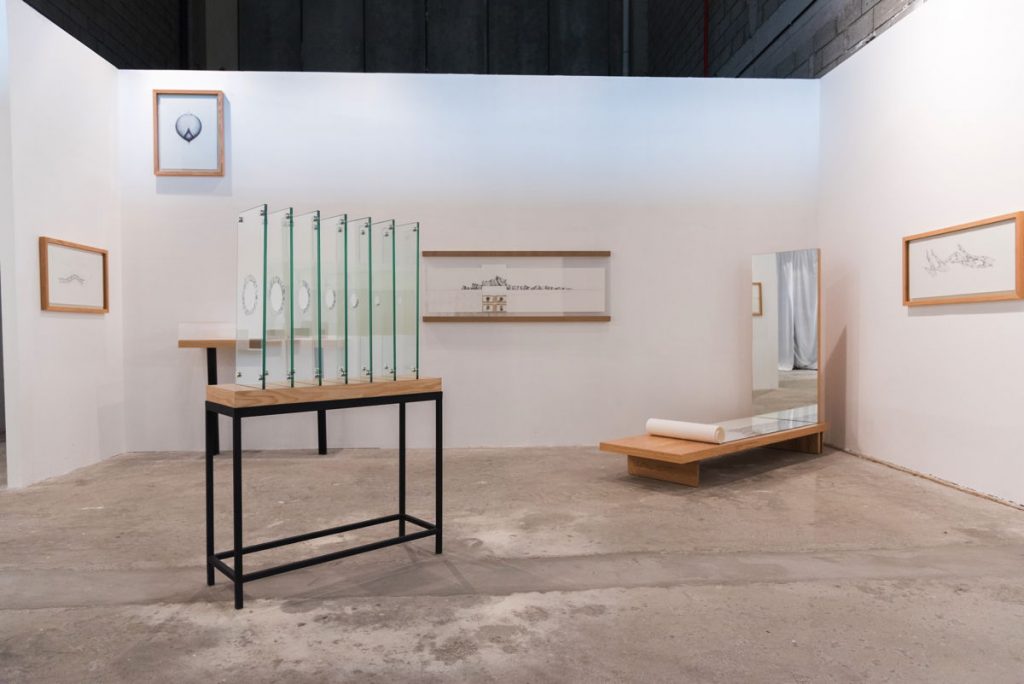 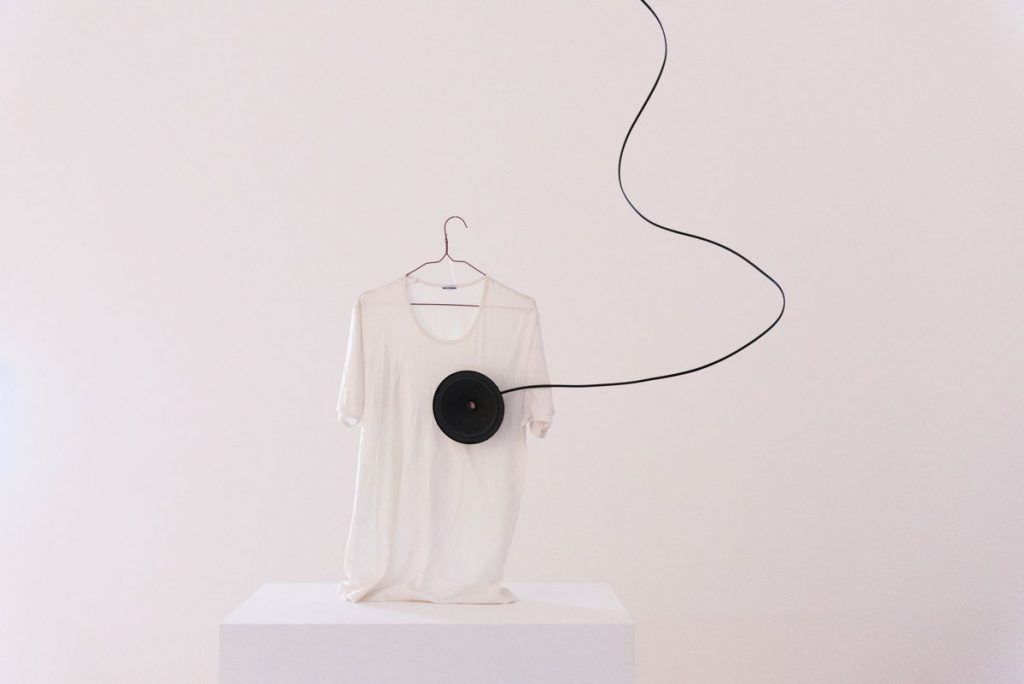 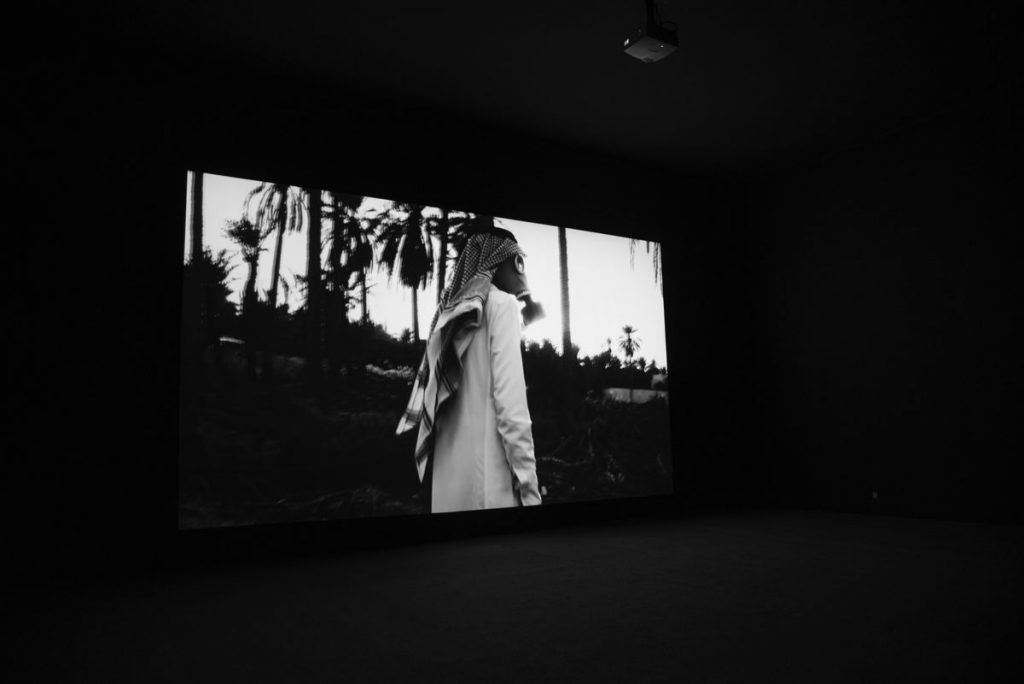 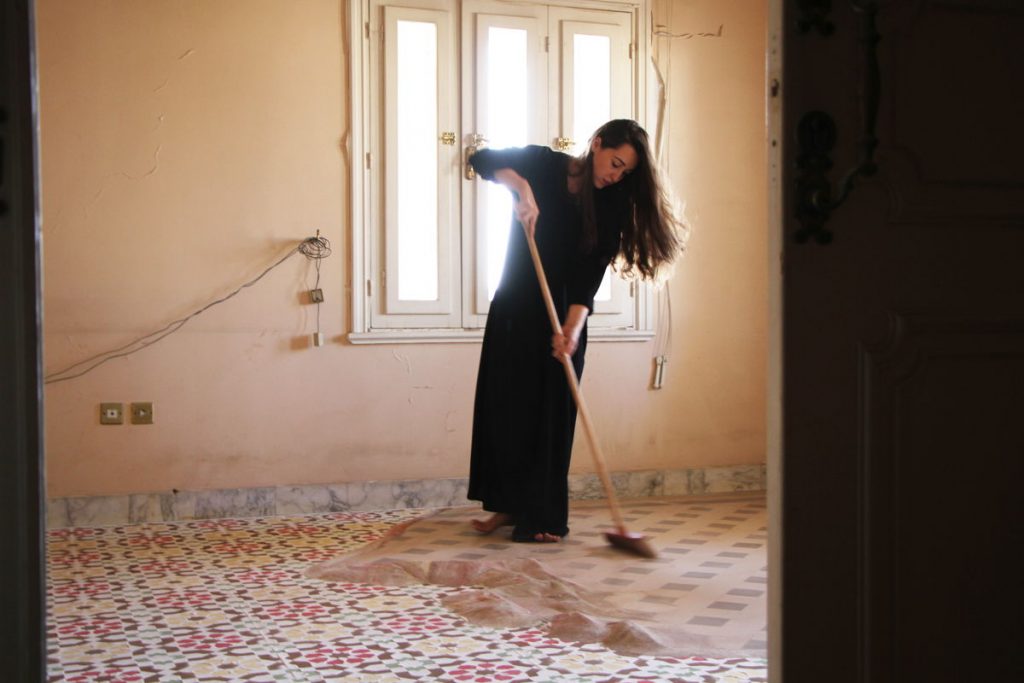 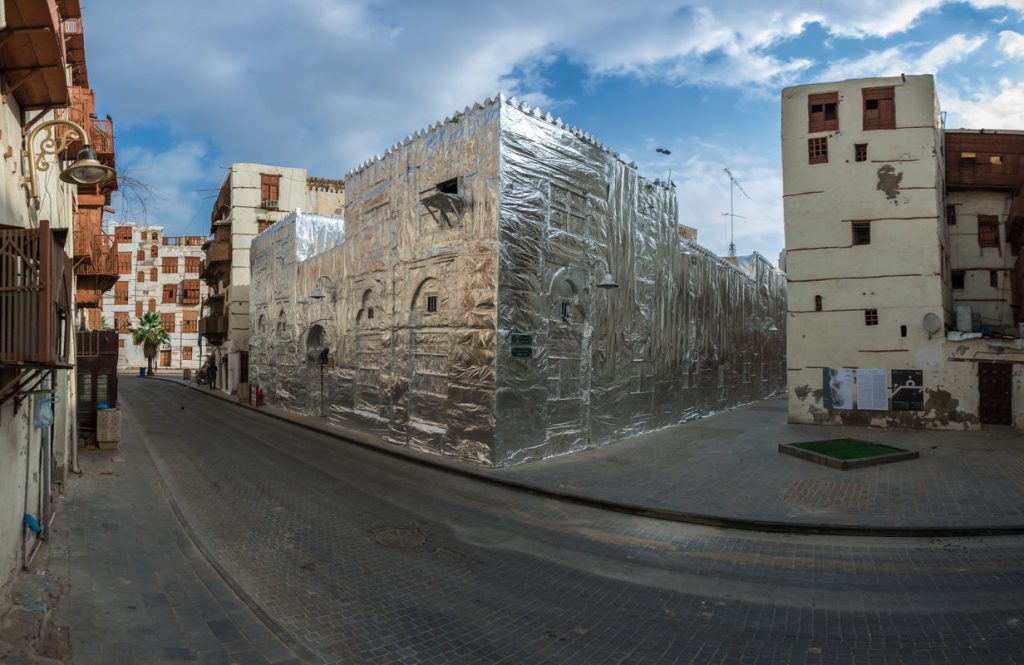 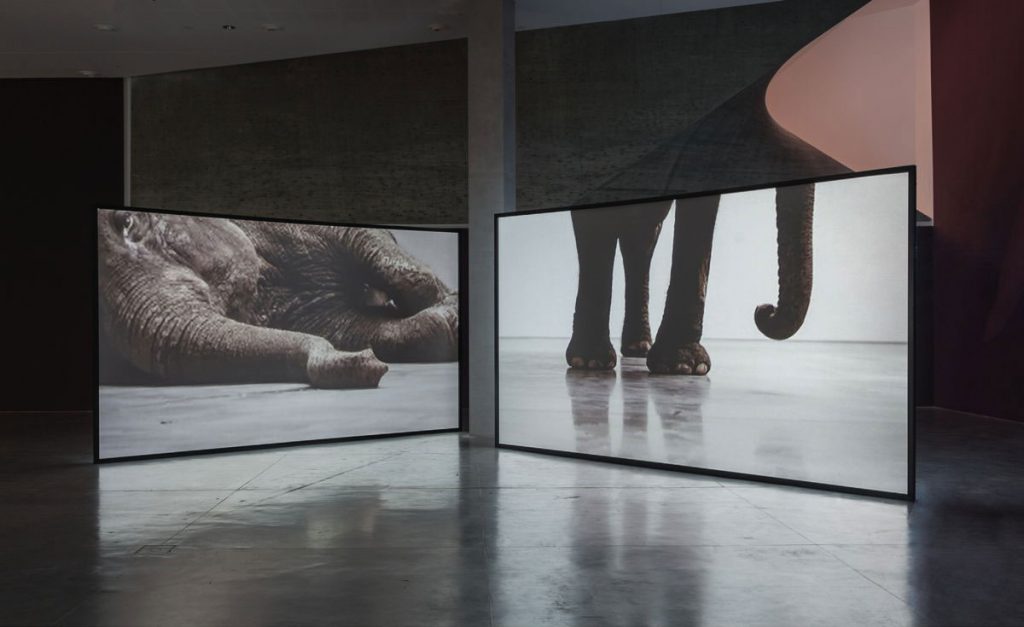 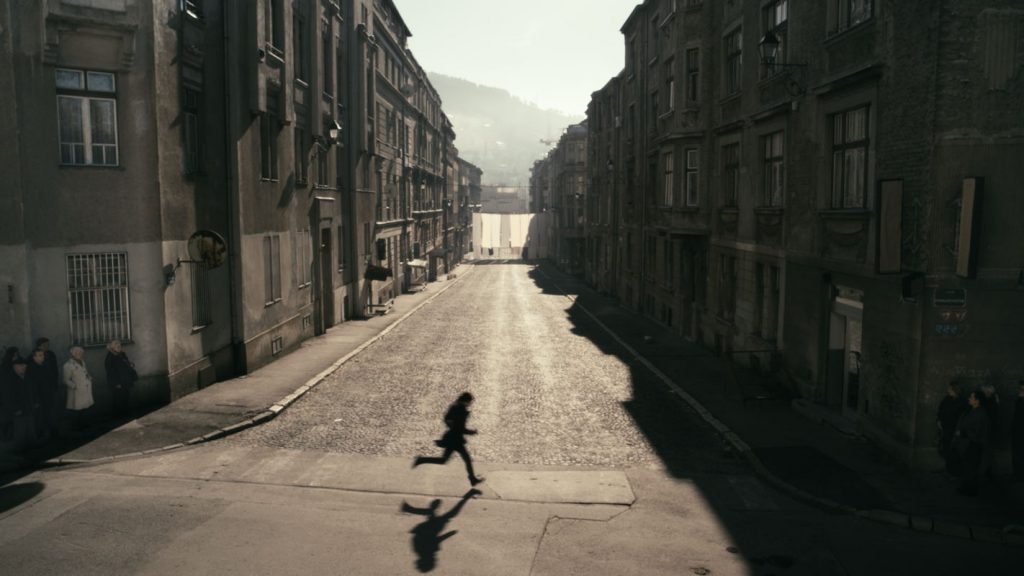 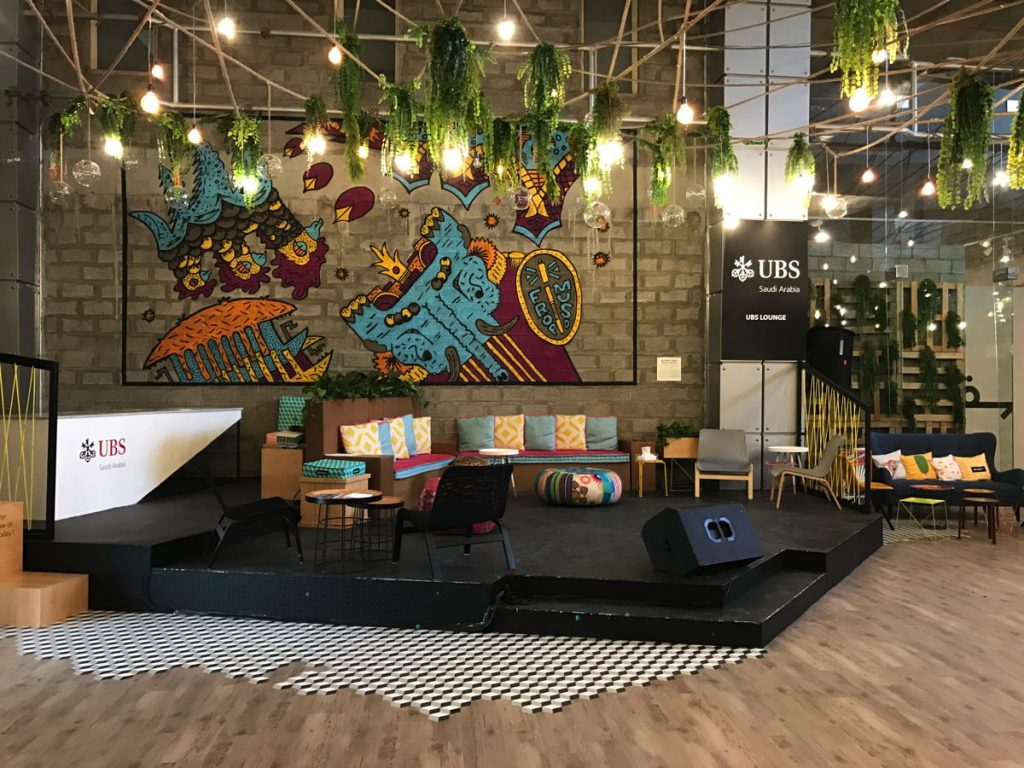 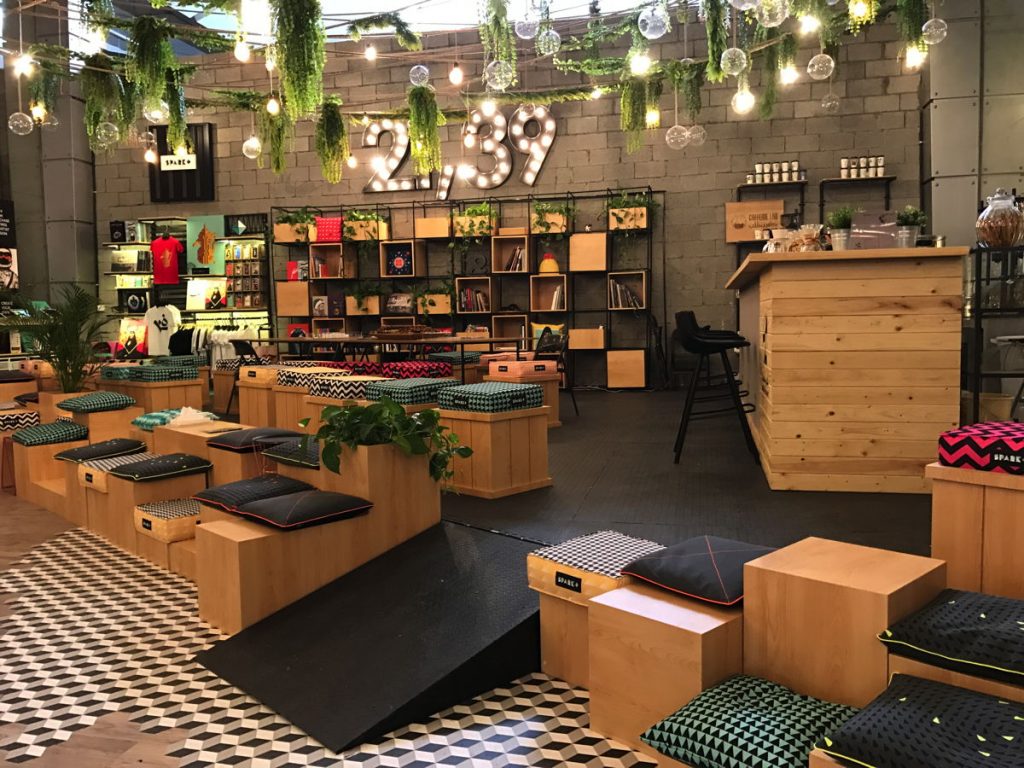 Installation View from Saudi Art Council – Jeddah 21, 39.
Photo: Majid Angawi
Marking the 4th edition of Jeddah 21, 39, this exhibition is conceived as an educational platform that explores the notion of travel as a vehicle for learning and growth. Safar features creative projects, mostly new commissions, by 16 emerging artists from Saudi Arabia, alongside 8 immersive new-media installations by leading international artists, as well as more than 50 public events and workshops.

Safar marks the 4th edition of Jeddah 21, 39, an annual program of special exhibitions, workshops and educational forums, in various locations throughout the city of Jeddah. Curated by Sam Bardaouil and Till Fellrath, it is conceived as both a public forum for creative experimentation, as well as a visual arts exhibition. Entitled safar – the Arabic word for travel – the multifaceted program explores the notion of travel and movement as a vehicle for learning and growth. The Arabic word for travel, safar, is rooted in the word sāfer – a term that is used to describe things that are revealed, or unveiled. Rather than simply describing movement from one site to another, safar implies a process of discovery and exploration by which things are revealed to the traveler – added knowledge of self, of others, of the places that were left behind and the places that were arrived at.

The theme of safar was also present in the lead up to the 4th edition. Six emerging Saudi artists took part in a yearlong mentorship program organized by the curators. As part of this, they went on two international study trips to Berlin and Korea, and subsequently created special commissions for the exhibition.

The Exhibition (al-maarad)
This takes place across three venues in Jeddah: The Mall (al-mol), Al Shate’a District’s Gold Moor mall; The Home (al-manzil), a 19th century abandoned woman’s shelter in the city’s historic quarter; and The City (al-madinah), the fast-growing King Abdullah Economic City (KAEC). Each venue hosts site-specific installations that respond to the historical and contemporary narratives of each space.

The Mall (al-mol)
This features all new commissions by 16 emerging Saudi artists, spanning painting, drawing, photography, sculpture, film, graffiti and mixed media installations. The installation of these works within the mall reflects the significance of such public places to Jeddah’s social fabric, thereby serving as a metaphor for the present. Each work, in turn, echoes the conceptual framework of safar.

The Home (al-manzil)
The second part of safar occupies an abandoned 19th century women’s shelter known as Al-khunji Al-kabir. It hosts a monumental site-specific installation by Abdullah Al-Othman. The artist has wrapped the entire Al-Khunji Al-Kabir, a 19th century women’s shelter, with thousands of meters of tin foil. Through Al-Othman’s intervention, the entire structure stands out from the midst of the neighboring houses vividly reminding dwellers and visitors alike, of the historical layers of the city, and the beauty of its traditional architecture, inviting them to embark on safar through time and place.

The Forum (al-muntada) is a program of ongoing workshops, artist talks and presentations, and film screenings that takes place over the course of six months, fostering connections between local artists, designers and the Saudi public. Programs include: The Workshop (al-mashghal), a series of two 12-week courses and six weekend seminars open to the creative community in Jeddah, designed to replicate core elements of foundational curriculum in studio arts; The Art Platform (al-minassah), a three-day series of artist talks, panel discussions and presentations by international and local arts professionals during the opening days of 21,39; and Encounters (al-multaqah), a series of alternating bi-weekly screenings of art documentaries, and group discussions and presentations by Saudi cultural practitioners. All of these activities will take place in The Lounge (al-majlis), a physical space in Gold Moor mall designed as a creative hub that is available for young creatives to meet and network throughout the exhibition duration. 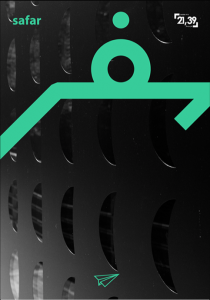