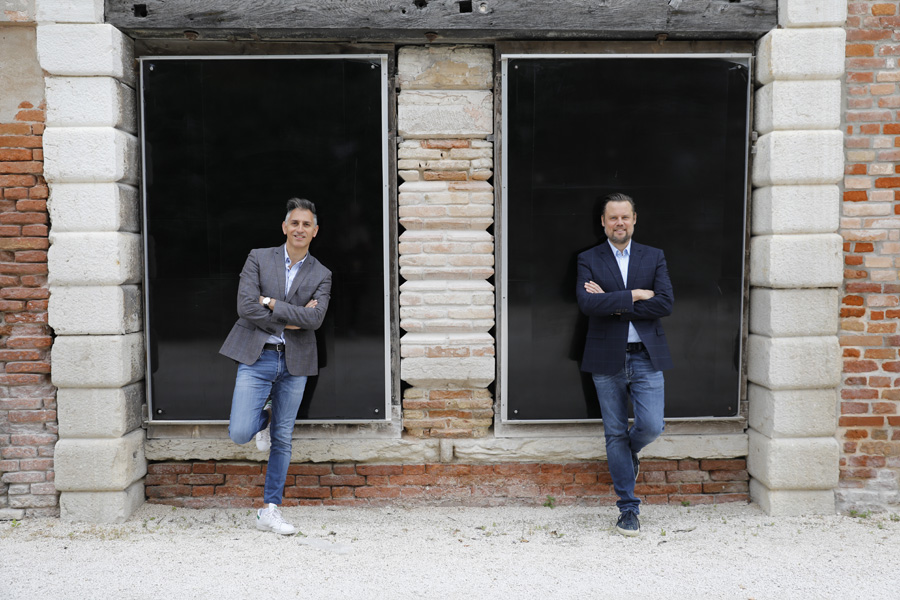 The Montblanc Cultural Foundation, based in Hamburg, was founded in 1992 with a mission to promote innovative thinking through supporting the arts worldwide. Its core initiatives include the globally recognized Montblanc Arts Patronage Award and the Montblanc Art Collection. From 2016 until 2020, Sam Bardaouil and Till Fellrath served as chairmen for two consecutive terms, leading the Foundation’s new strategic direction.

The Montblanc Arts Patronage Award has to date honored close to 300 patrons in 25 countries and contributed around 5 million Euros towards the awarded organizations. Over the past years, the Foundation has expanded its geographic reach by recognizing patrons in South America, South Asia and the Middle East. The award acknowledges the essential role that patrons play in supporting the arts where it is most needed. It seeks to spotlight the patron’s organizations publicly, and to inspire others to follow their example. The recipients are nominated each year by an extensive network of 50 established cultural figures from around the world, and the final selection is made during the annual meeting of the Foundation’s Board and its Curatorium.

Since 2002, the Foundation has supported more than 170 artists to produce new artworks for the Montblanc Art Collection through its Artist Commission Program. The Foundation enables young and emerging artists to produce new works within the context of a temporary exhibition, a biennale, or an art festival. It is geographically inclusive and open to all forms of contemporary artistic practices. Projects are nominated internally and connect to themes that are of relevance to the Foundation. The collection includes many artists who went on to become internationally renowned figures such as John Armleder, Monica Bonvicini, José León Cerillo, Thomas Demand, Hans-Peter Feldmann, Sylvie Fleury, Liam Gillick, Gary Hume, Fang Lijun, Thomas Ruff, Tom Sachs, Chiharu Shiota, Thomas Schütte, Cerith Wyn Evans, and Heimo Zobernig.
Most recently, the Montblanc Cultural Foundation supported the work of ruby onyinyechi amanze as part of the 33rd Bienal de São Paulo, Mercedes Dorame’s as part of the Hammer Museum’s Made in L.A. exhibition, Emmanuelle Lainé at the Hayward Gallery’ HENI Project Space, and of Katherine Nuñez and Issay Rodriguez at the 57th International Art Exhibition – La Biennale di Venezia.

In 2017 the Foundation established its Curatorium, an international advisory board to strengthen the Foundation’s global network. The Curatorium and the Chairmen jointly decide each year on the recipients of the Foundation’s Arts Patronage Award, as well as the Montblanc Art Commissions. The members of the Curatorium are invited on a rotational basis. Its current members are Anne Barlow (Director, Tate St. Ives), Sunjung Kim (Director, Gwangju Biennale), Jean de Loisy (President, Palais de Tokyo), Franklin Sirmans (Director, Perez Art Museum), and Jochen Volz (Director, Pinacoteca do Estado de São Paolo).

Interrogating Notions of Modernism Within Histories of Modern Art in the Arab World. September 20 – 21, 2019

Ways of Seeing: Insights into Curating. February 22, 2018
Presented as part of deFINE ART

Surrealism in Egypt: Modernism and the Art and Liberty Group. January 25, 2018
Presented at the conference “Narrating Home in Visual Arts Through an East West Divide”

The Intersection of Proto-feminist Practices and Surrealism in Egypt (working title). June 2, 2018
Presented at the symposium “Subversive Intent & Beyond” Surrealism, Politics, Sexuality

The University of Liverpool, School of Histories, Languages and Cultures, Liverpool, UK

The Art and Liberty: Towards A New Art-historical Definition of Surrealism. November 15, 2017

Surrealism in Egypt and the making of the exhibition Art et Liberté. November 2, 2017

The Art et Liberté Group: Towards A New Art-historical Definition of Surrealism. February 15, 2017

Presented as part of the exhibition’s public programs

The Art and Liberty Group and the Reworking of Surrealism in Egypt. November 14, 2016

Presented at the conference “The Avant-Garde and Its Networks” Surrealism in Paris, North Africa and the Middle East from the 1930s

Revisiting Surrealism: The Modernism of the Art and Liberty Group. February 23, 2016

On Curating: methodologies and practices of curating. February 25, 2014

Tea with Nefertiti: how the arts shape culture. February 24, 2014

Tea with Nefertiti: the making of an exhibition. February 25, 2013

Presentation of the National Pavilion of the United Arab Emirates. March 21, 2019

Curatorial Practices and Shifting Grounds. May 6, 2017

Tea with Nefertiti: how the arts shape culture. June 2, 2015

A Museum for Here and Now: challenging the function of the conventional museum. October 2, 2014

Tea with Nefertiti: how the arts shape culture. January 21, 2014

Collections and Collecting: how to make a difference, big or small. January 12, 2012

The Future of Tradition–The Tradition of Future. September 27, 2010

Art, Patronage and Collecting in Emerging Markets. May 5, 2010

Encounters between the Modern and the Contemporary. December 17, 2010

ItaliaArabia: modernity and social realism across the Mediterranean. December 5, 2008

Member of the Curatorium Advisory Board

Members of Advisory Board (Ongoing)

Members of Advisory Board

Members of the Advisory Board