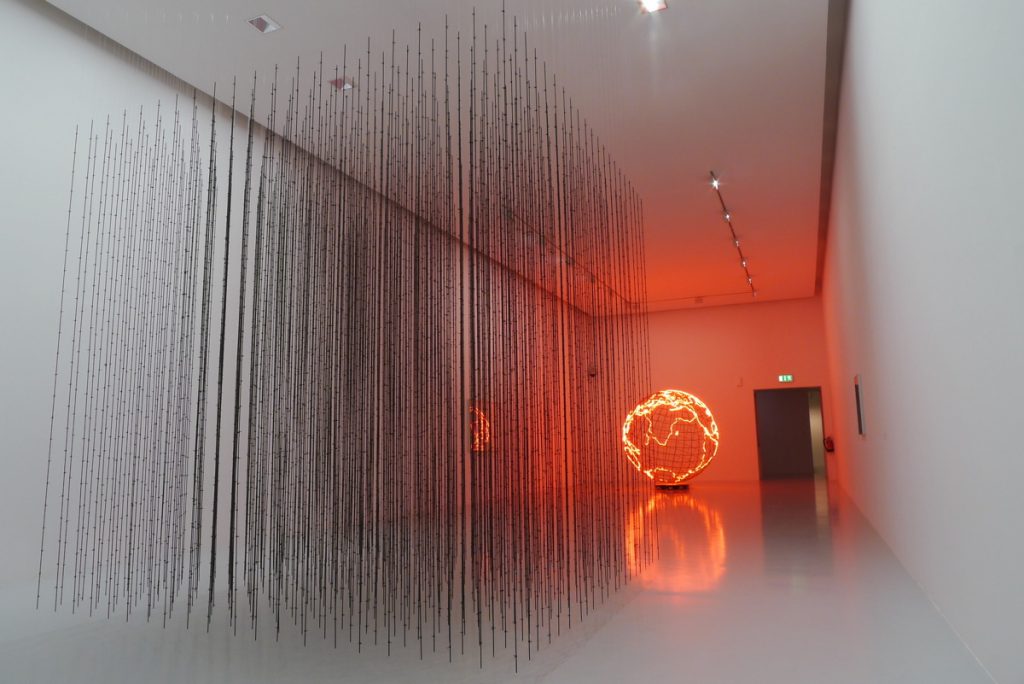 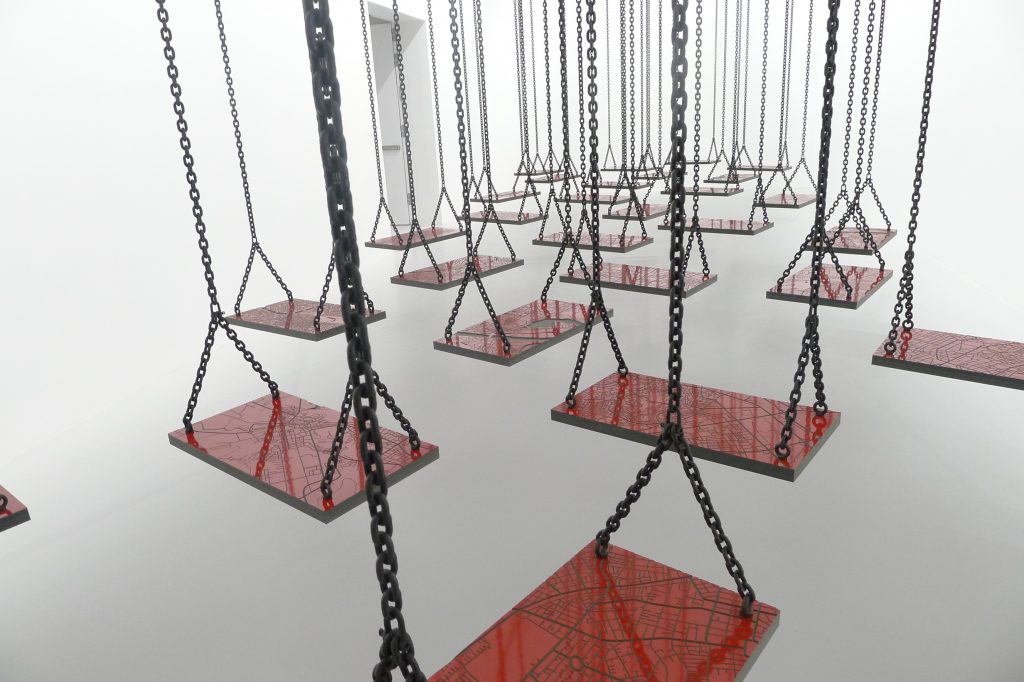 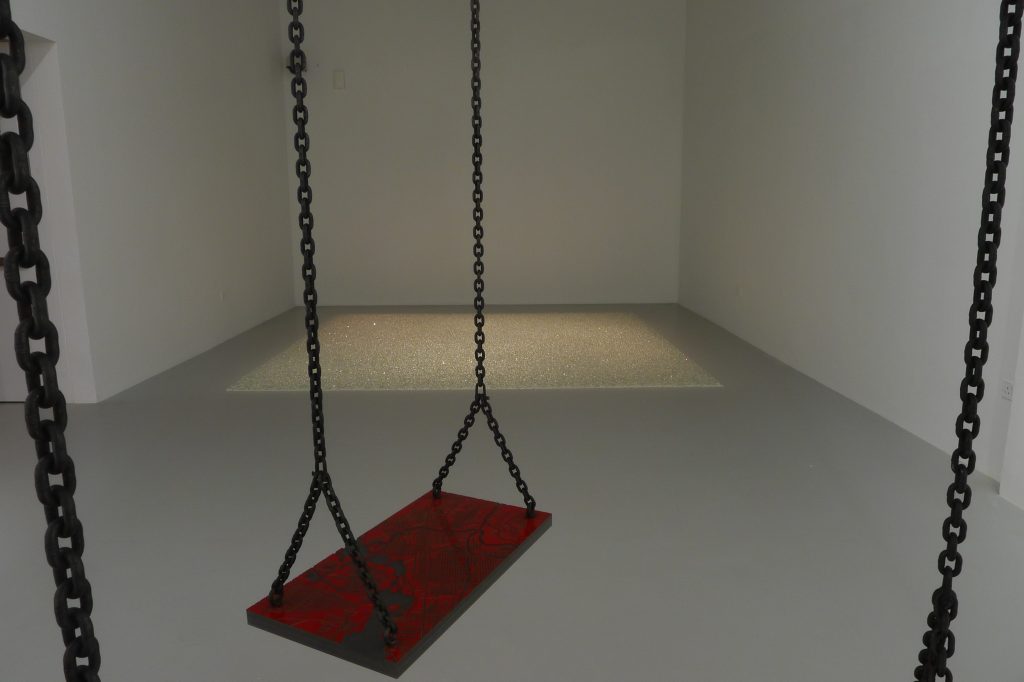 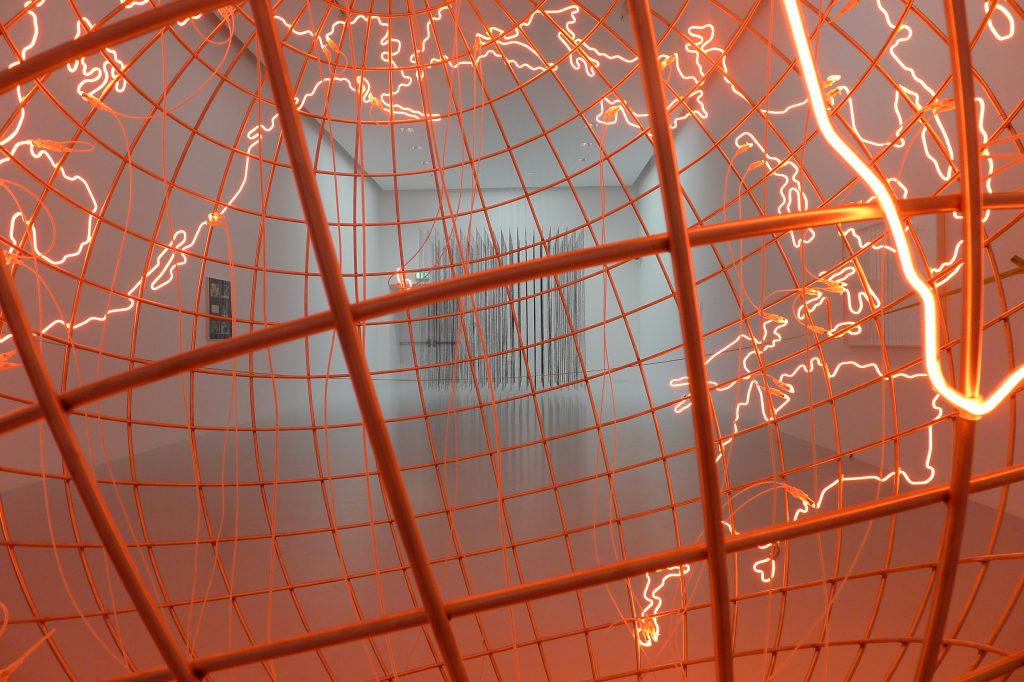 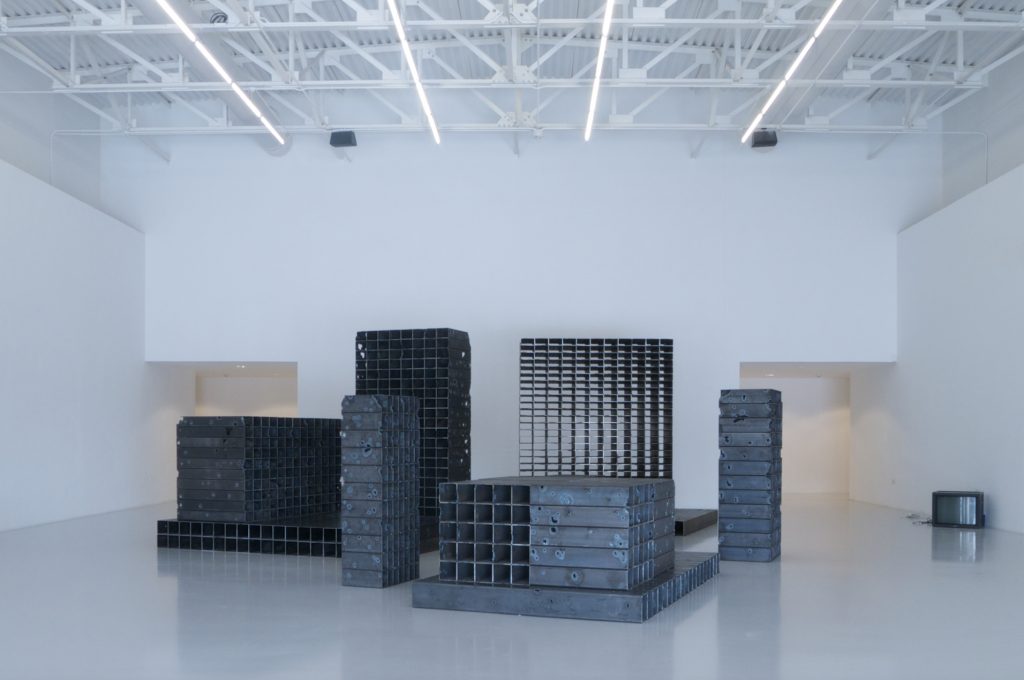 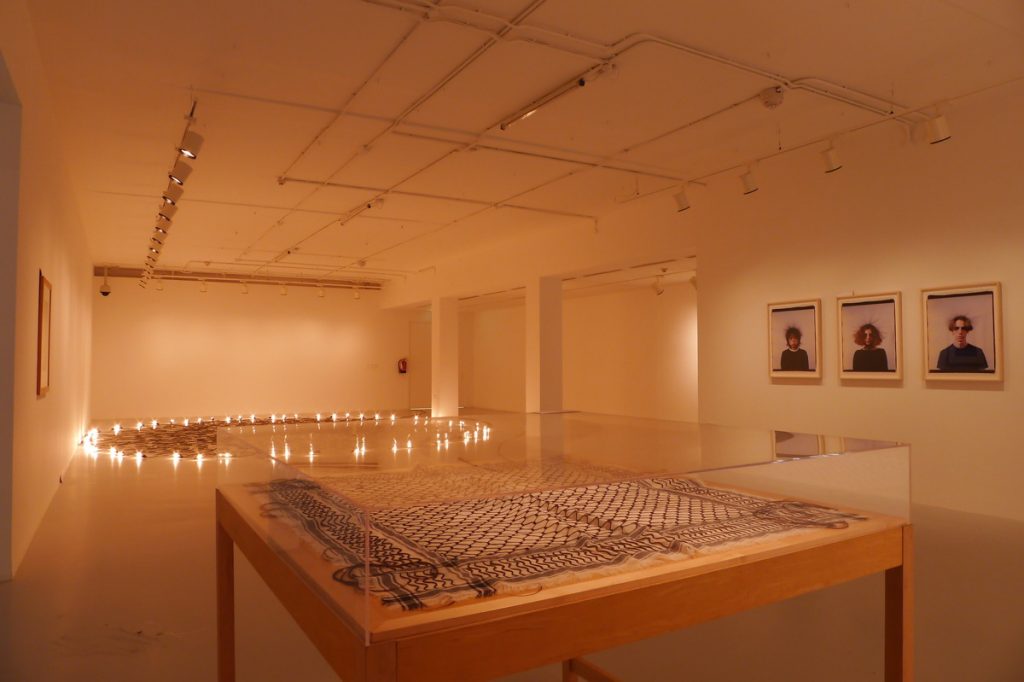 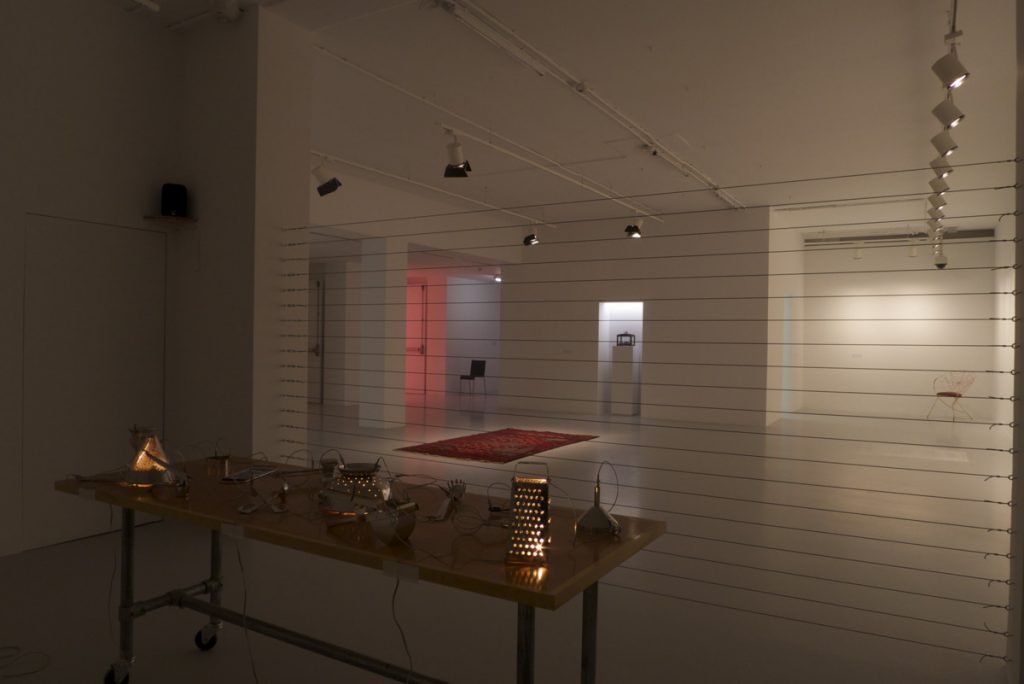 The exhibition Mona Hatoum: Turbulence brings to the forefront the diversity of Mona Hatoum’s work over the last 30 years. The exhibition’s premise builds on the artist’s topical work Turbulence (2012), a 4 x 4 meter square composed of thousands of glass marbles laid directly onto the floor. Placed exactly at the centre of the exhibition, this installation lies at the heart of a linear but non-chronological trajectory whereby a number of unexpected juxtapositions echo the complexity through which the artist has managed to challenge, and at times disturb, our experience of the ordinary.

The choice of the notion of turbulence as a conceptual framework for the exhibition is derived from the thematic and formal dichotomies inherent within the artist’s work. These render it familiar yet perplexing, allowing for an intense aesthetic experience that is both inviting yet impenetrable, or, in other words, turbulent. On an internal level, turbulence echoes the artist’s questioning of self vis-à-vis one’s grappling with issues of alienation and displacement. Externally, it is a reflection of her interrogation of notions of belonging and collective memory. And finally, on a formalistic level, turbulence can be seen as resulting from the artist’s ongoing inquiry into ways of expanding the formal and material qualities of artistic expression.

Mona Hatoum: Turbulence is the artist’s largest solo exhibition to date in the Arab world. It consists of more than 70 works ranging from large-scale room installations such as Light Sentence (1992) and Suspended (2011) to smaller works on paper and sculptural objects such as Projection (2006), and Untitled (wheelchair II) (1999) respectively. It also includes some of the artist’s kinetic installations such as + and – (1994–2004) and Home (1999). The exhibition is punctuated with a number of the artist’s photographs like Van Gogh’s Back (1995) and Static Portraits (Momo, Devrim, Karl) (2000), as well as documentations of early performances such as The Negotiating Table (1983), highlighting the diversity of artistic undertakings that span the artist’s prolific three-decade oeuvre. 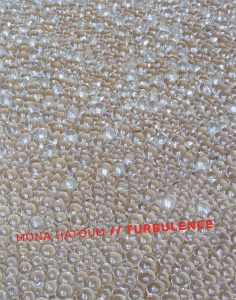