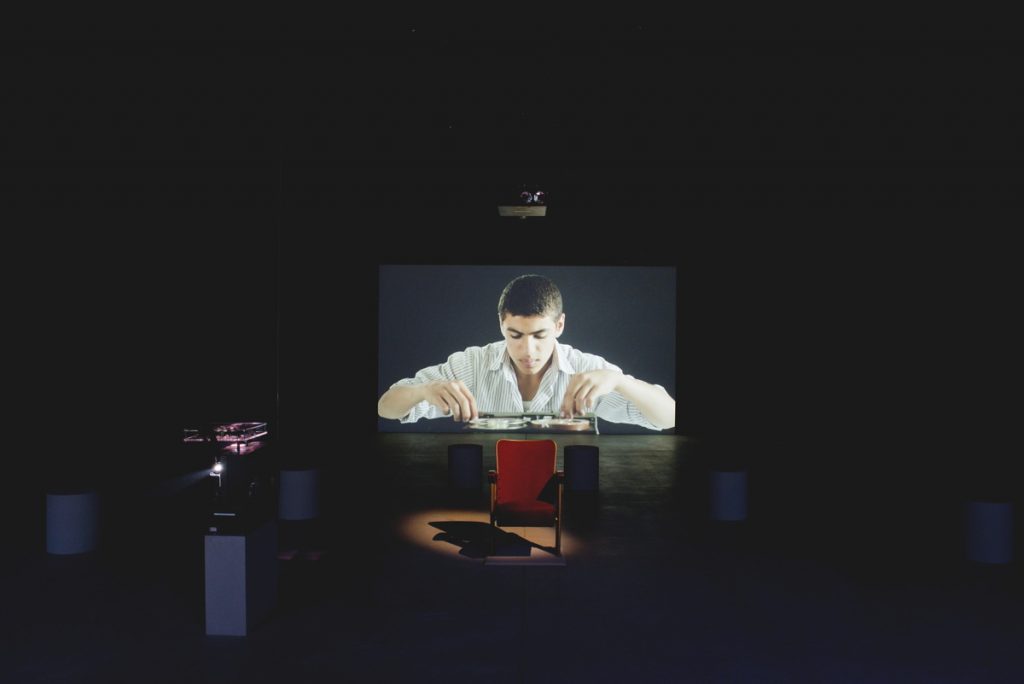 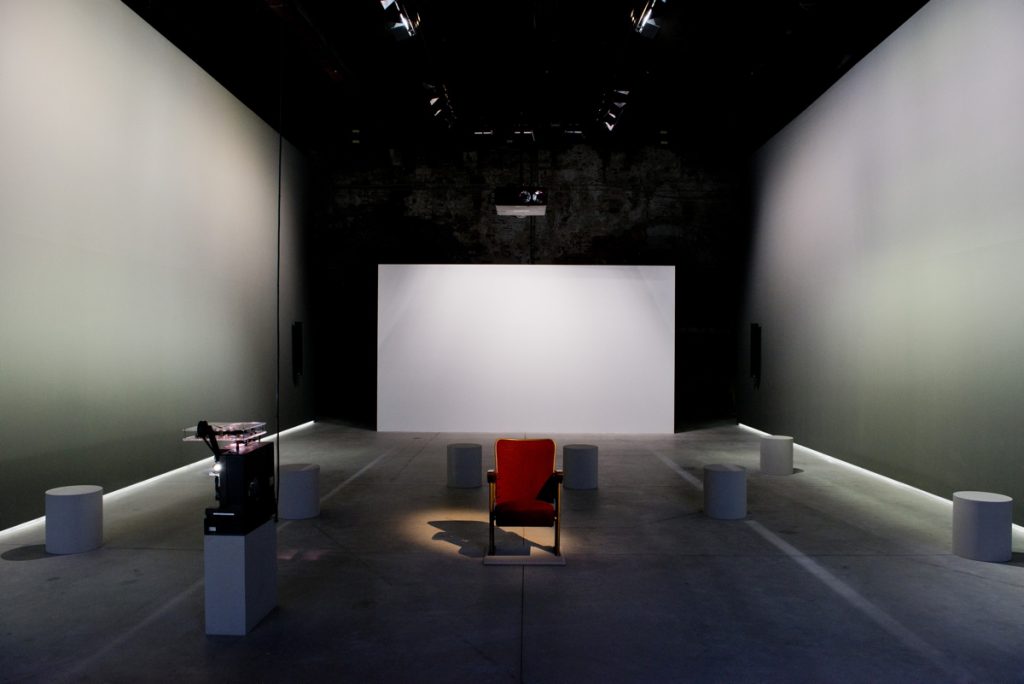 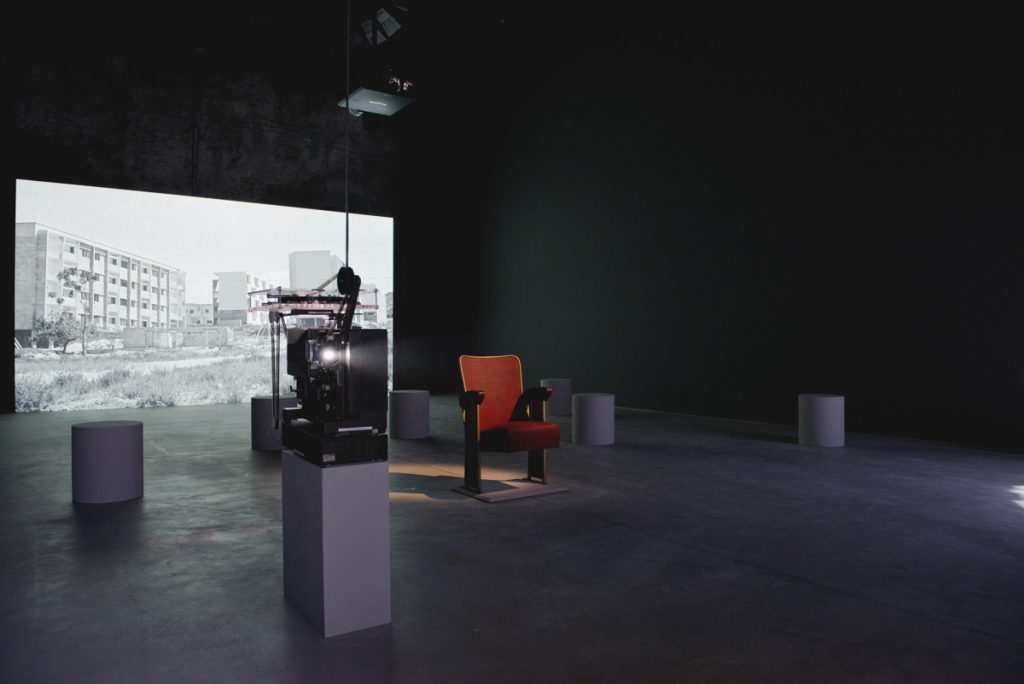 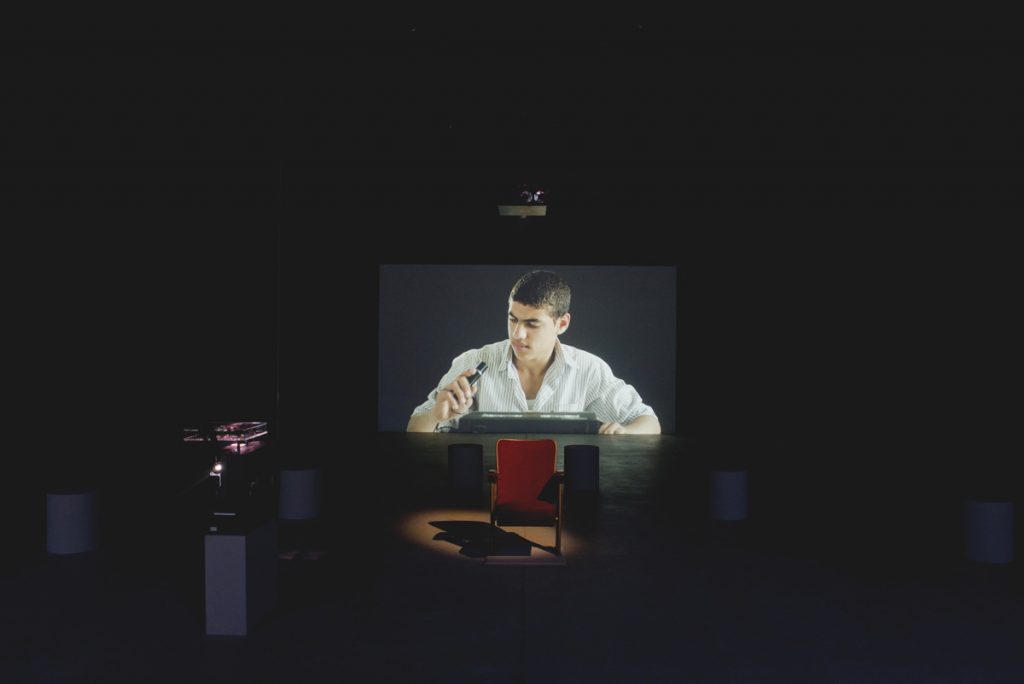 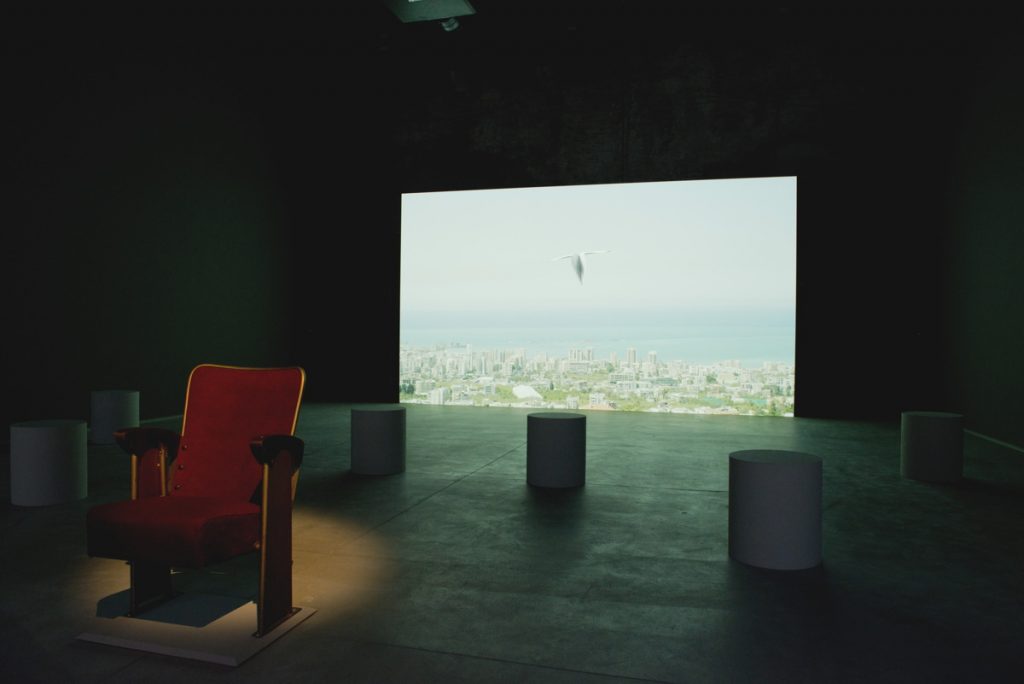 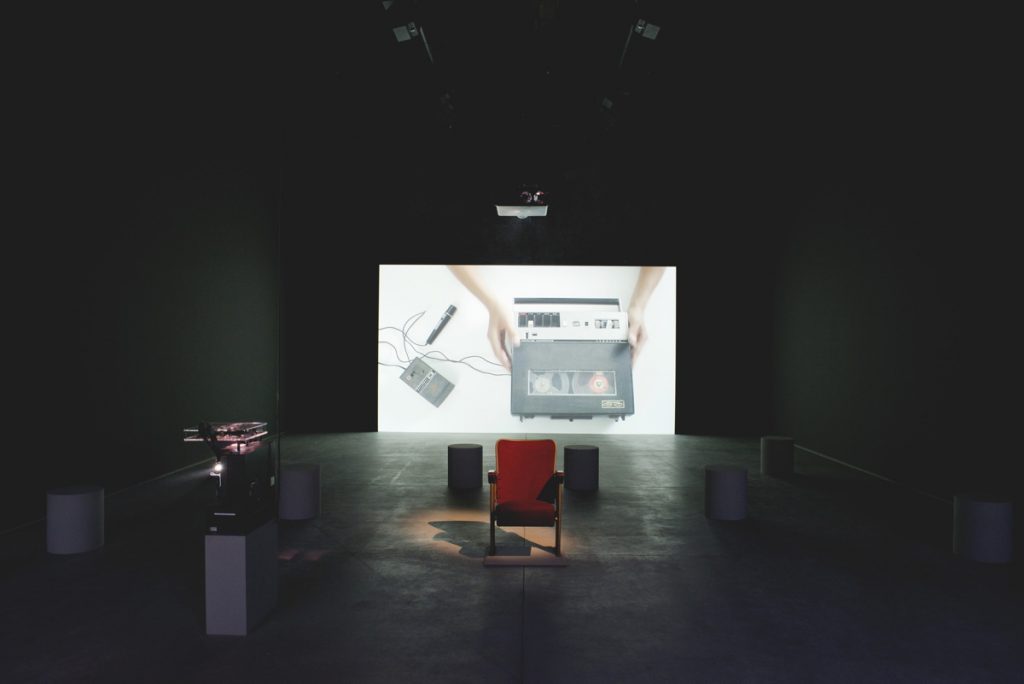 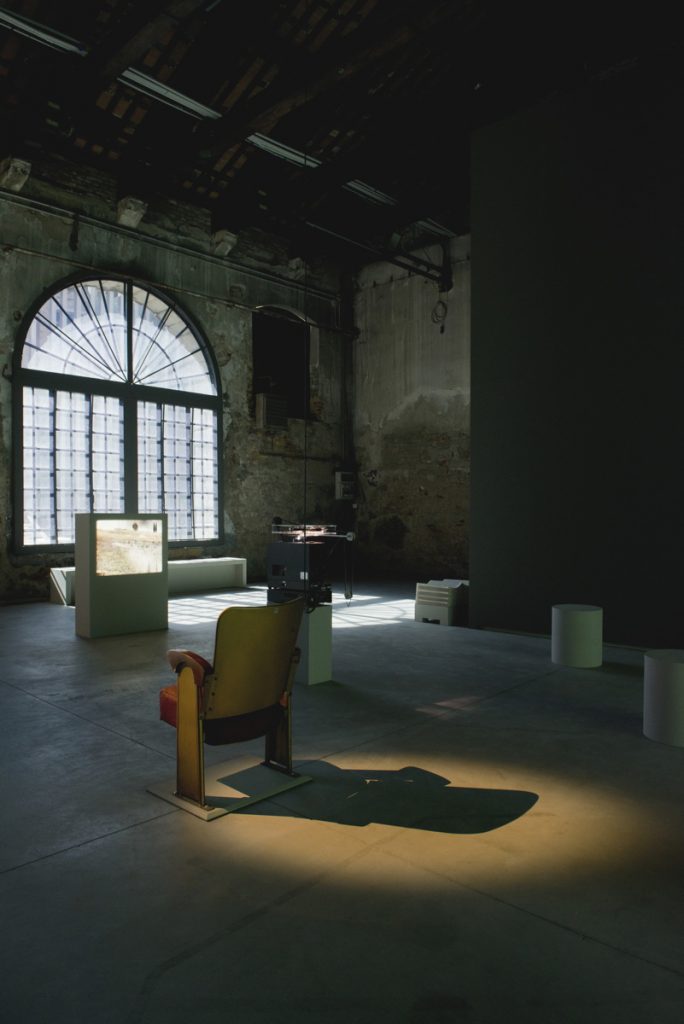 Installation View from The National Pavilion of the Republic of Lebanon at the 55th International Art Exhibition – La Biennale di Venezia.
Photo: Marco Milan
A new commission and solo presentation questioning Lebanese society’s contested relationship with Israel through recent historical events that overlap with personal accounts from the artist’s childhood.

Letter to A Refusing Pilot marks the debut of Zaatari’s most aesthetically ambitious and politically nuanced project to date, and creates a dialogue between two works, a new 45-minute video and a looping 16mm film, in an immersive environment conceived as a stage awaiting an actor, or a cinema awaiting a spectator.

In the summer of 1982, a rumor made the rounds of a small city in South Lebanon, which was under Israeli occupation at the time. It was said that a fighter pilot in the Israeli air force had been ordered to bomb a target on the outskirts of Saida, but knowing the building was a school, he refused to destroy it. Instead of carrying out his commanders’ orders, the pilot veered off course and dropped his bombs in the sea. It was said that he knew the school because he had been a student there, because his family had lived in the city for generations, because he was born into Saida’s Jewish community before it disappeared. As a boy, Akram Zaatari grew up hearing ever more elaborate versions of this story, as his father had been the director of the school for twenty years. Decades later, Zaatari discovered it wasn’t a rumor. The pilot was real.

Pulling together all of the different strands of Zaatari’s practice for the first time in a single work, Letter to a Refusing Pilot reflects on the complexities, ambiguities, and consequences of refusal as a decisive and generative act. Taking as its title a nod to Albert Camus’ four-part epistolary essay Letters to a German Friend, the work not only extends Zaatari’s interest in excavated narratives and the circulation of images in times of war, it also raises crucial questions about national representation and perpetual crisis by reviving Camus’s plea: “I should like to be able to love my country and still love justice.”